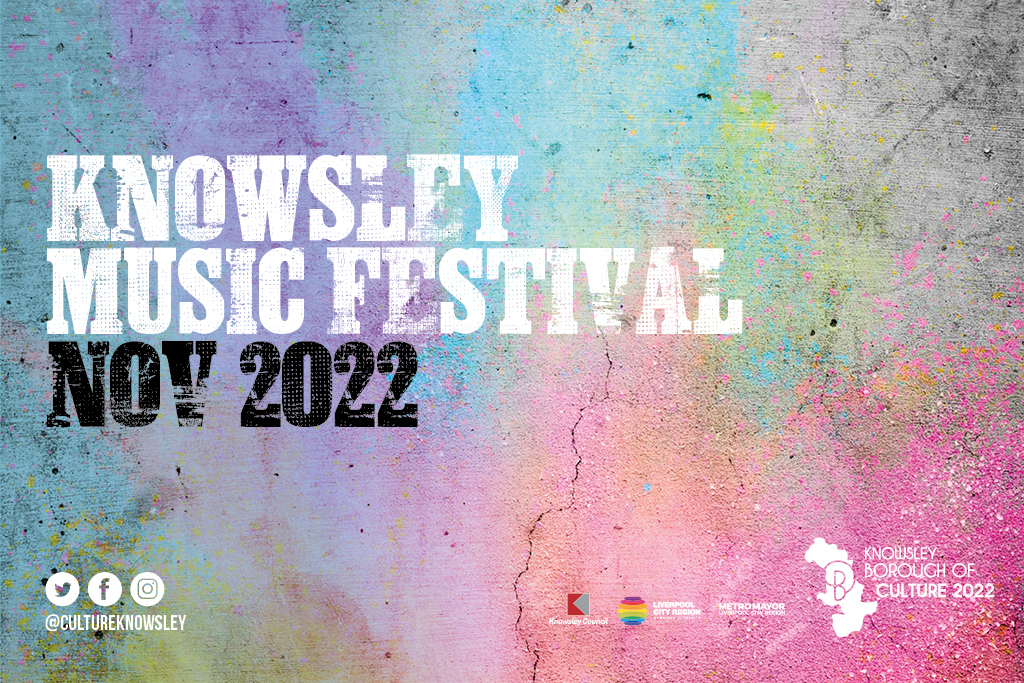 23rd September 2022. As part of Knowsley’s celebrations as Liverpool City Region Borough of Culture, a ten-day festival has been announced and scheduled to run from 10th to 19th November 2022. The multi-venue event will feature all types of music although the line-up has yet to be announced, organisers stated that there will be something for everyone. Details of ticket availability will be released in the coming weeks.